A 33ft (10m) artwork commissioned to promote the Scottish Town of Cumbernauld, after it was awarded the ‘Carbuncle Award’ for the most dismal place to stay in Scotland. This intricately detailed artwork now overlooks the A80 at Cumbernauld meaning over 70,000 commuters pass the artwork everyday.

Arria, with swooping arcs which represent the coming together of the waters (definition of Cumbernauld, Comar nan Allt), is 10 metres in height. She was fabricated in the course of a year in Andy Scott’s Glasgow studio and galvanized in 15 sections, which were later bolted together on-site. At night time, Arria is internally lit and over the course of a repeating 48-minute cycle, the lighting slowly runs through a spectrum of colours. She was officially inaugurated in January 2011 by HRH The Princess Royal. 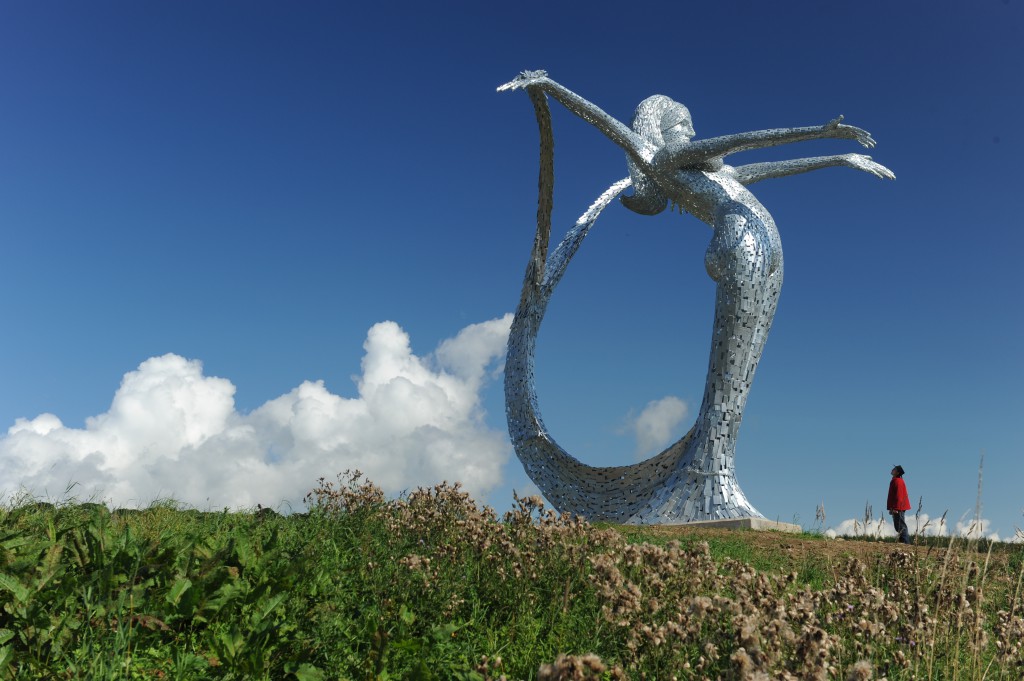 The name – Arria (also Arria Major) was a woman in ancient Rome. Her husband Caecina Paetus was ordered by the emperor Claudius to commit suicide for his part in a rebellion but was not capable of forcing himself to do so. Arria wrenched the dagger from him and stabbed herself, then returned it to her husband, telling him that it didn’t hurt (“Non dolet, Paete!”). Her story was recorded in the letters of Pliny the Younger, who obtained his information from Arria’s granddaughter, Fannia.