Gilwell Park is the biggest Scout activity centre in the UK and there has been a lot of investment over the past eight years to provide great facilities for all who stay there.

A Lodge was the missing piece of the Gilwell Park master plan and now provides accommodation, service and social spaces for volunteers who assist the Scouts in delivering activities for children and young adults. The volunteers are an essential part of the Scout Association and will often stay for prolonged periods of up to three months.

The design is a contemporary interpretation of the existing vernacular character of buildings at Gilwell Park and builds on the language already developed for the estate. Sustainability is a key objective, it has a timber frame, and its ambitious U-Values, rainwater harvesting, solar hot water heating and photovoltaic panels will reduce energy consumption and costs. 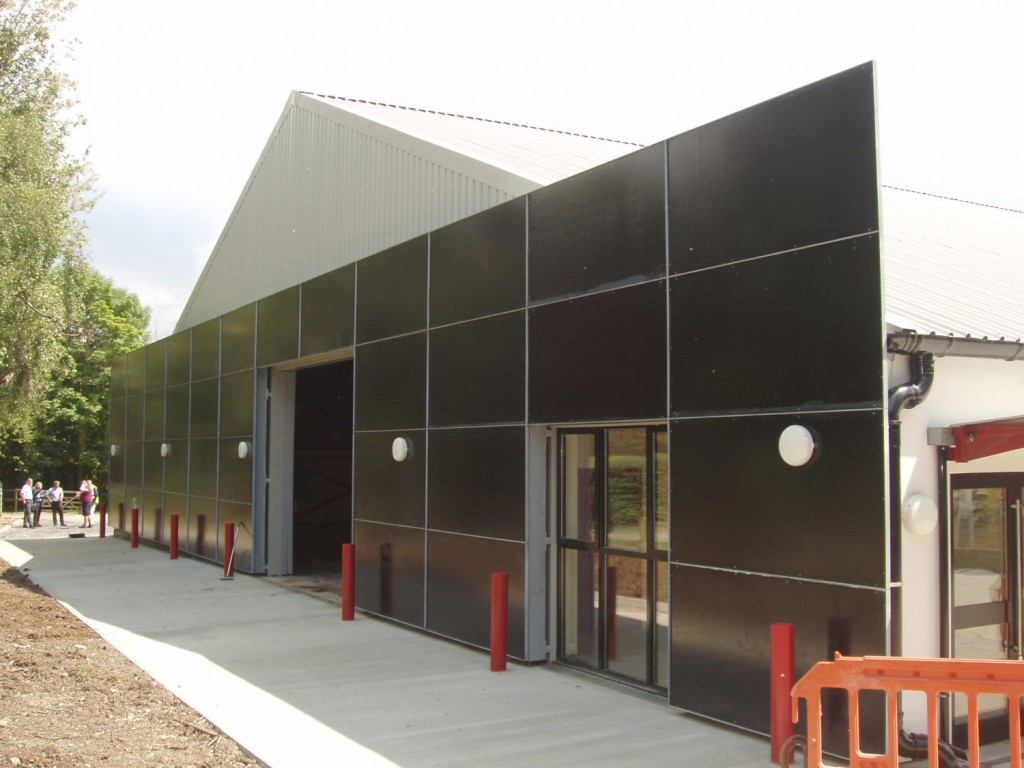 The Jack Petchey Lodge project was the second accommodation lodge to be constructed at Gilwell Park, as part of the overall master plan.

It is large enough to accommodate 50 children/young adults and ensures the Park can be used all year round and not just for camping during the summer. It also increases the income to The Scout Association by being rented out to companies for any training/away day needs.

Two wings of accommodation sit either side of a large central hall used for dining and activities and serviced by a large semi-professional kitchen. The building is a timber frame due to the Scout Association brief being that sustainable materials were to be used where possible.

The Scout Association benefits from private benefactors donating money to support the organisation and Jack Petchey contributed through his Foundation, which has provided £85 million to support youth projects since it was set up in 1999. The Foundations moto is “Inspire, Motivate, Achieve”. Jack’s life story is incredibly inspiring; he was born into a poor working class family in the East End in 1925 and overcame adversity to become a multi-millionaire through his various business ventures, which have spanned from motor car dealing and garages to property, travel and investment.

The Peter Harrison Lodge project was the third accommodation lodge to be constructed at Gilwell Park. It is large enough to accommodate 60 children/young adults and ensures year-round camping, with additional income opportunities from company training/away days.

Two wings of accommodation sit either side of a large central hall used for dining and activities and serviced by a large semi-professional kitchen. The building is a timber frame due to the Scout Association brief being that sustainable materials were to be used where possible.

Donations from private benefactors are vital for The Scout Association and Peter Harrison contributed through his Foundation which has provided over £19.6 million, distributed to 375 charities throughout the United Kingdom. Peter believes that education and sport provide the key stepping stones to self-development, creation of choice, confidence building and self-reliance. The Scout Association and Peter Harrison share similar values in helping young people to develop their self-potential.

The Lid project was one of the first in the overall master plan for Gilwell Park and it comprised of extending and converting an existing agricultural building to provide a facility that housed a range of indoor activities and teaching facilities. Among the apparatus installed were a large climbing wall, a traversing wall, a high ropes course suspended from the roof and netted archery ranges. All of these activities are in high demand by all who stay and deemed a huge success by The Scout Association.